When Malaysian flight MH370 went missing, the world’s superpowers could not locate this plane with all of their assets. We thought that more could be done to monitor this one planet and home that we have. The growth of the commercial space industry and advances in cloud computing gave birth to a smallsat revolution, creating a wealth of information from space. However, almost every company relied on optical satellites, which face significant challenges in timely and reliable Earth Observation.

In 2016, Capella Space was founded to enable a richer understanding of our planet in entirely new and powerful ways. The company saw an opportunity to use Synthetic Aperture Radar (SAR) to monitor the Earth, including the 75% that is either covered in the darkness of night or obscured by clouds.

In 2018 Capella Space launched the United States’ first commercial SAR satellite, “Denali”, in its development of a constellation capable of 24/7 all-weather monitoring of the planet.

In 2020 the company launched “Sequoia”, proving that the United States could produce the highest quality commercial SAR imagery in a fraction of the time and cost of traditional SAR satellite manufacturers.

Today the company is building the next generation of SAR sensors to develop a constellation that improve decisions about commerce, conservation and security on Earth.

Capella Space was founded as the first U.S. company to commercialize SAR technology. After completing a Stanford program aimed at solving national security challenges with Silicon Valley innovation, a vision for real-time all-weather observation was born. The company raised $3M in seed funding to realize this mission.

Capella Space set out to develop its initial proof of concept using miniaturized satellite components to develop high resolution SAR at a fraction of traditional spacecraft size, weight and cost. Capella designed its 48kg test satellite, “Denali”, manufactured for initial data sampling. The company raised $12M in A Round funding.

Capella Space raises $80M in funding to date. With this capital, Capella creates its business team to gather customer requirements and feedback for innovative new SAR imagery products and services. Feedback is incorporated to scale U.S. and global markets for Defense and Intelligence, Maritime Domain Awareness and Disaster Response. 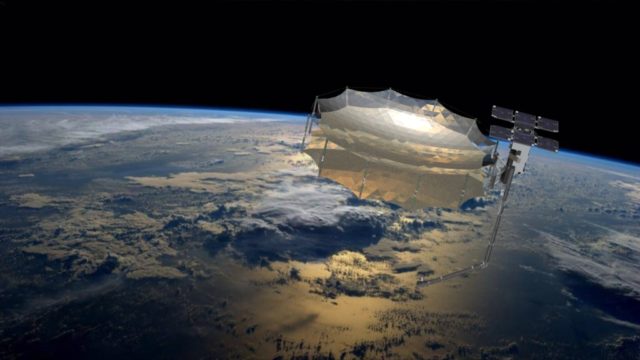 The company scales up its operations with 40,000 Square Feet of manufacturing space to develop a constellation of world-class SAR satellites. Capella plans to launch several satellites in 2021 and beyond. In January, Capella Space officially launched its commercial operations, delivering world-class SAR needed for reliable information and better decision-making.