Gil Klinger is a consultant supporting clients in a wide range of defense, intelligence, and cyber topics. From mid-2017 to mid-2020, he was Vice President for Space Programs at the Raytheon Company. He was a Vice President for National Security Future Architectures at the Harris Corporation from mid-2015 to mid-2017. In 2015, he retired from the U.S. Government after almost 31 years, during which he served as a Senior Executive in leadership positions across the Office of the Secretary of Defense (OSD), the Intelligence Community (IC), and on the National Security Council (NSC) Staff.

As Deputy Assistant Secretary of Defense for Strategic, Space and Intelligence, he was responsible for acquisition oversight of all space and intelligence programs executed by the DoD, with a total value exceeding $10 Billion. He was responsible for oversight and coordination with the Office of the Director of National Intelligence (ODNI) for most acquisition programs executed within the National Intelligence Program. During his tenure, his portfolio expanded to include strategic nuclear delivery platforms, various Unmanned Air Vehicles, Long Range Conventional Strike capabilities, and several Missile Defense systems.

As an ODNI senior official, he led the Integrated Collection Architecture, an unprecedented IC/DoD study that developed capability, architecture, and investment alternatives for recapitalizing U.S. collection capabilities.  He also played a critical role in the Imagery Way Ahead, an 18-month study that developed and gained approval for the modernization of a central element of the U.S. imagery architecture.

As the NSC Director of Space Policy, Mr. Klinger was principal author of five national space polices, including the first new U.S. space exploration vision in more than a generation, which he briefed to, and gained approval from President Bush. Previously, as Director of Policy at the NRO, he developed and oversaw implementation of all internal policy, interagency activity, and international engagement. He also created an internal body to review special access programs and activities. In earlier positions at the DoD, he authored the design used to direct a DoD wide reorganization of space management. Mr. Klinger created the Office of the Deputy Under Secretary for Space, consolidating for the first time all OSD space policy development, architecture, programmatic, and operational oversight activities.

He also led the Strategic Targeting Review, called by then Secretary of Defense Cheney “the most comprehensive and in-depth study of nuclear targeting ever initiated by this department. ”Its findings resulted in significant changes to the guidance for constructing U.S. nuclear war plans and for strategic forces’ acquisition programs and formed the basis for the U.S. negotiating position in the START II talks. 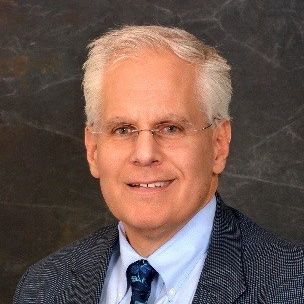